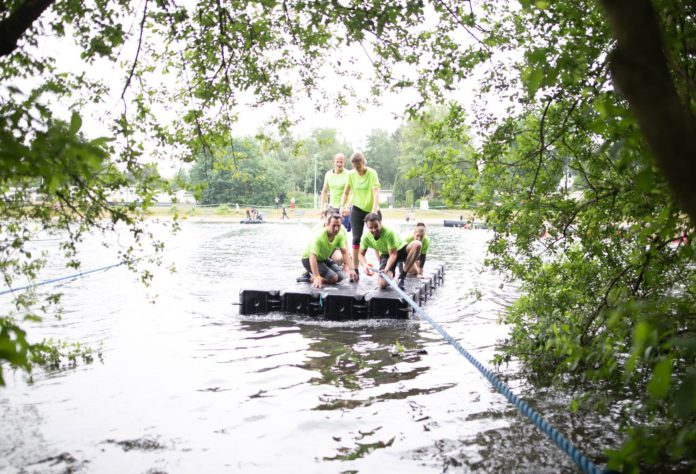 Massimo Terrin: “I will start by saying that this was my very first obstacles run. I have always run on the street and trained, and I thought it would have been fun to try to do this Breakout Run. And it was. It has been very fun, but extremely intense and demanding from a physical point of view. The location was very nice: in Schaijk, between Eindhoven and Nijmegen, around couple of lakes with also great nature around (woods, swamps and hills).

I joined the Far Out team for the 16km run: a team composed by very fun people but also great runners. I tried to keep their pace but it was nearly impossible. We started together but after – in my opinion – the most difficult obstacle of the run (big floating and rolling plastic tubes on water that to be overcome) I lost them. It was clear that, although I train hard in the gym, this is completely another type of physical effort that requires very specific training.

The obstacles along the run where fun but also challenging: ropes to be climbed, walking through swamps, running up a wall, rolling with your hands tied under barbed wire, diving from 5/6 meters inside the water, just to name a few. For some obstacles people stopped to help the others and this was very nice to see as some of the obstacles were very difficult to pass otherwise. I also stopped to help people, with their obstacles or with their cramps.

After the first 8 km I had to choose to either stop or continue for the second round, I was already quite tired, but I never give up. I wanted to finish my 16 km. During the second round some of the more difficult obstacles were easier to overcome, but the legs and the body were abandoning me. In the last 2-3 km I had cramps all over my legs and I was running moved by the adrenaline flowing through my veins.

Finally, at the end, I did it. I run my complete 16 km obstacles run and I am so proud of myself even if I finished around 1am. It was the hardest physical challenge I have ever had in my life. But it was also very gratifying. Although I have spent the last 30 hrs stuck in my bed with sore muscles, it was definitely worth it.

I want to personally thanks the Far Out team that has given me the opportunity to participate in  such a great event.

Looking forward to challenge myself again!” 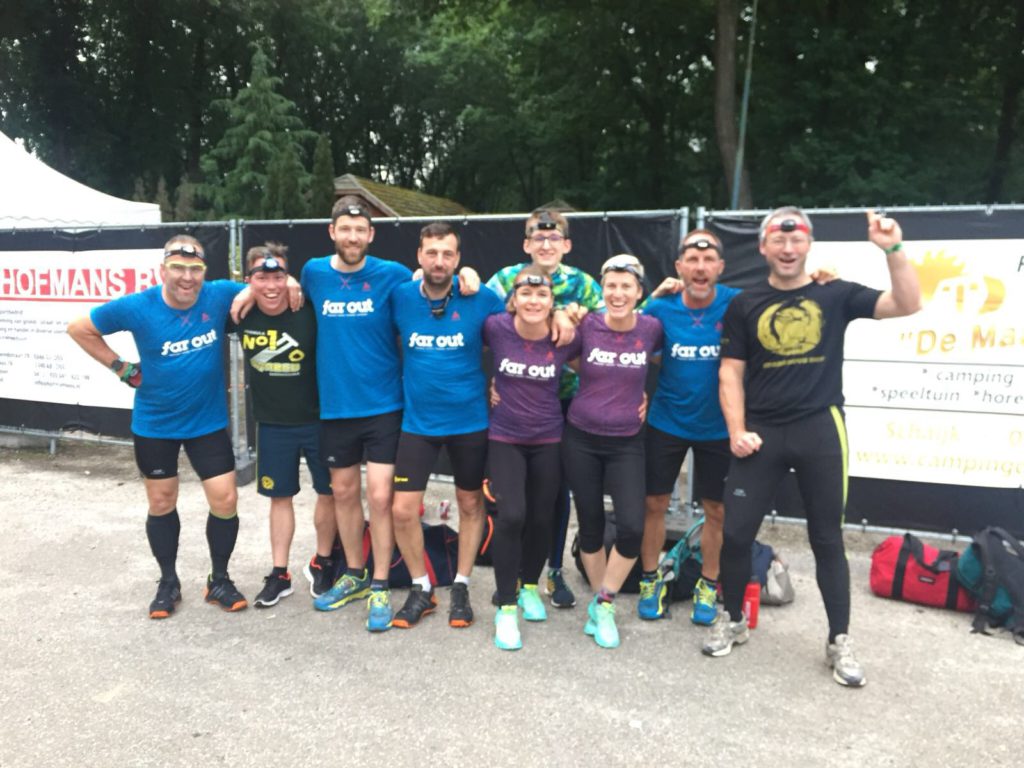 Zonder twijfel: in @koksijde_oostduinkerke is het

Tweede dag van Hike like a Giant.. opnieuw 27 km i

100% Women❤️Peakchallenge! Yes we can and did

This website uses cookies to improve your experience while you navigate through the website. Out of these, the cookies that are categorized as necessary are stored on your browser as they are essential for the working of basic functionalities of the website. We also use third-party cookies that help us analyze and understand how you use this website. These cookies will be stored in your browser only with your consent. You also have the option to opt-out of these cookies. But opting out of some of these cookies may affect your browsing experience.
Necessary Altijd ingeschakeld
Necessary cookies are absolutely essential for the website to function properly. This category only includes cookies that ensures basic functionalities and security features of the website. These cookies do not store any personal information.
Non-necessary
Any cookies that may not be particularly necessary for the website to function and is used specifically to collect user personal data via analytics, ads, other embedded contents are termed as non-necessary cookies. It is mandatory to procure user consent prior to running these cookies on your website.
OPSLAAN & ACCEPTEREN